5 Recreational Places to Visit In Newcastle, County Down, Northern Ireland 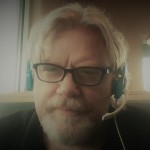 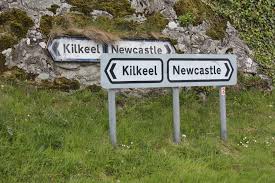 Located within the Newry, Mourne and Down District Council area is the seaside resort of Newcastle. A popular activity resort that recently underwent a multi-million pound upgrade, it is on the Irish Sea and lies comfortably at the base of the Slieve Donard.

This resort has won the Civic Trust National Award for its promenade and plays host to an annual Halloween festival. Walks through the surrounding Mourne Mountains are common and use of the number one golf course in the world called the Royal County Down Golf Club has been enjoyed by world famous golfers such as Tiger Woods!

Take note of Mourne Granite that comes from quarries in this area. This granite has been placed in London, New York and most recently at the base of the 9/11 memorial located at ground zero in New York City. 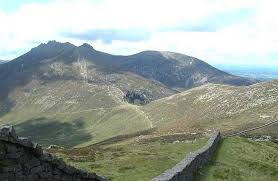 These highest mountains in Northern Ireland are made from granite and hold the distinction of Area of Outstanding Natural Beauty. Partially owned by the National Trust, the mountains are historical and recreational areas for the people of many countries.

The Mountains of Mourne have been immortalised in songs and have provided the inspiration for authors such as C.S. Lewis as he wrote the manuscript for The Lion, the Witch and the Wardrobe. Songs by Percy French, Don McLean, Thin Lizzy, and John Lennon also speak of the Mournes.

A popular area for hiking and rock climbing, the granite cliffs and crags offer a variety of climbing and walking grades for all levels of expertise.

Should you find yourself in need of direction, following the very popular Mourne Wall will always result in a correct orientation. The wall stretches over 22 miles and includes fifteen different summits. It surrounds land acquired by the Belfast Water Commissioners who then created a water supply from the Mournes down to the city of Belfast.

The Mournes are home to vegetation such as varieties of heather and gorse. You may also see bog cotton, harebell, St. John’s wort, thyme, and roseroot. Be careful of the sheep that may be grazing and take note of birds such as raven, wren, buzzard, and falcon. 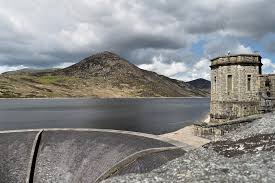 This reservoir located in the Mourne Mountains in County Down is owned by Northern Ireland Water and was built from 1923 to 1933. The ever growing city of Belfast began to outgrow and exhaust its water supply so a civil engineer named Luke Macassey set about searching County Down and County Antrim for possible spots to create a reservoir. It was decided the Mournes in County Down would be the location due to its high amount of annual rainfall and the cleanliness of the water.

9000 acres were acquired and for the next 18 years dirt and rock would be moved and redesigned to hold as much as 50 million Imperial gallons of water per day. Of considerable interest is also the fact that a tunnel was dug through Slieve Binnian to bring water from the Annalong River. This tunnel was created using no modern sophisticated locating technologies and when both sides of the tunnel met, they were only off a few inches. A great achievement! 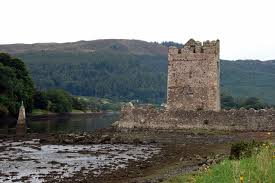 Originally a group of dwellings put together around fishing, this town in County Down is situated on the shore of Carlingford Lough. A straight of water separates it from the Republic of Ireland. The locals call this place, “The Point.”

Warren Point Port ranks second in Northern Ireland in terms of tonnage handled. The point became necessary back in the 1800s as a port due to the fact that very large ships could go no further up the lough than Narrow Water.

In 1849, a railway connection was established making the location a popular destination for holidays. Later, the connection was closed but a ferry remains useful. “The Point” also contains the Warrenpoint Pantomime Club which stages entertainments for visitors. 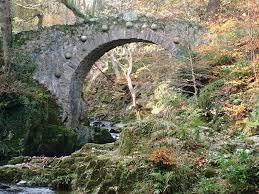 Established in 1955, this park holds the distinction of being the first state park in Northern Ireland. Covering an area of 1600 acres, it is located in Bryansford, near Newcastle at the base of the Mourne Mountains.

Visitors will find 16 bridges in the park that cross the Shimna River. The river is home to trout, salmon and fosters the growth of flora and fauna. Four walking paths wind through the park revealing excellent locations for picnics on the grounds. 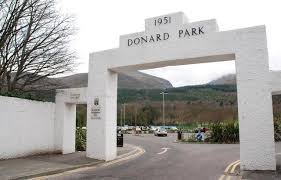 If you fancy reaching the highest peak in the Mourne Mountains, you will want to hike the path leading up to Slieve Donard. You won’t regret the accomplishment and the view from the top will allow you to see the Wicklow, Donegal, Wales, Scotland, and the Isle of Man. Newcastle Beach will also come into view from the vantage point of this summit.

The hike is approximately a 5 hr investment and is 9.52 km long. The Mourne Wall will provide guidance up and back down again.

This is a public park also located 10 minutes walk from the Slieve Donard Resort and Spa. The Glen River forms one boundary.

Whether you are a local, traveling from other parts of Northern Ireland or flying from a far away land, these locations are sure to please and reveal the beauty and intelligence of the Northern Ireland landscape.

The Old Flax Mill Luxury Accommodation on the North Coastal Area of Northern Ireland. Situated on the River Rhee Aghadowey.

Belfast and the Best of Northern Ireland